Delhi boss pastor Arvind Kejriwal propelled the venture on July 6, with the establishment of 200 CCTV cameras. Responding to the SC’s refusal to intercede until further notice, Kejriwal said he is thankful to the court for the request. The Supreme Court on Friday would not put on hold the Delhi government’s transition to introduce shut circuit TV (CCTV) cameras in its schools, including homerooms, a move went for making schools more secure and progressively responsible. 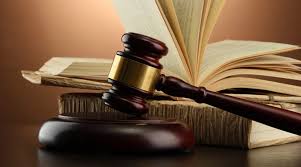 A seat driven by Chief Justice of India (CJI) Ranjan Gogoi, nonetheless, asked the Delhi government’s direction to document a reaction to the PIL that needs the court to stop establishment of 1.46 lakh CCTV cameras in homerooms and research facilities of government schools.
A 20-year old law understudy from the National Law University Delhi, Amber Tickoo, fought in her PIL that the establishment of CCTV cameras would prompt consistent reconnaissance and disconcertingly affect instructors and understudies. She additionally asserted in her request that live gushing from classes would affect security of the understudies, particularly young ladies.
Delhi boss priest Arvind Kejriwal propelled the venture on July 6, with the establishment of 200 CCTV cameras. Responding to the SC’s refusal to mediate until further notice, Kejriwal said he is thankful to the court for the request.
“CCTVs in schools is critical to guarantee security of understudies and acquire straightforwardness and responsibility the framework. Nonetheless, certain powers were attempting to leave it directly from the earliest starting point,” he said. Talking at the dispatch, Kejriwal had expelled worries that the CCTV cameras would damage security of kids.
Delhi’s vice president serve, Manish Sisodia, who likewise is accountable for the directorate of training, stated, “Today, the top court of the nation enabled the administration to proceed with the undertaking by denying a stay request.”
Around 150,000 cameras are to be introduced in government schools before the finish of November.
Delhi has 1,000-odd government schools that work from around 750 structures. The all out number of study halls in these schools comes to around 24,000. With two CCTV cameras wanted to be introduced in the study halls, around 33% of the absolute parcel of 150,000 cameras under the plan is assigned for homerooms, senior government authorities said
A choice to introduce the cameras was taken in a crisis meeting on September 11, 2017, incited by certain episodes of kid maltreatment in Delhi schools. The cameras were to go about as an impediment.
The choice was upheld without undertaking any examination or concentrate to determine the implications of such a move, the PIL said. The arrangement of information security as additionally the mental effect of the establishment on youthful youngsters was not considered, contended the applicant. Assent of guardians or educators was likewise not taken by the administration, it said.