With the dawn of selfie era, where not taking a selfie is considered as an unpardonable sin, smartphone manufacturers are now investing heavily in rolling out devices which can soothe your selfie craze. We have already seen companies like Oppo and Gionee, launching smartphones that are meant for the selfie-obsessed generation. And joining this bandwagon is Vivo. The company recently added a new member to its V series with the launch of Vivo V5 with a whopping 20-megapixel front-facing camera. Yes, you heard that right! Priced at Rs 17,980, the device has much to offer. But will it be enough to make it a successful device from Vivo's camp? Let's find out. 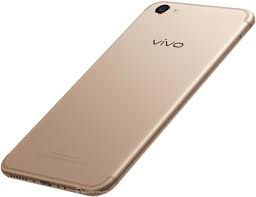 Design
The first thing you will notice about the Vivo V5 is the design inspired by Apple iPhone 6/6s, especially the back. But it is certainly not a bad thing-there are others as well who are 'inspired' by Apple's design. Having said that, the device is still a good looking one with a faux-metal finish at the back coupled with a Corning Gorilla Glass protection at the front. And yes, it is certainly lightweight with weighing just 154 grams and is sleek with 7.55mm thickness.
The front sports a 5.5-inch display coupled with a front facing camera, earpiece, LED flash and usual array sensors at the top of the display, while at the base sits the home button, which also acts a fingerprint sensor with backlit navigation buttons. At the right, you will find the volume rockers and power on/off buttons, while the left houses dual-SIM slot. Headphone jack, microUSB port and speaker grille are placed at the base. At the back, there is a rear camera with LED flash. Overall, the device is surely a good looking and is comfortable to hold and use. 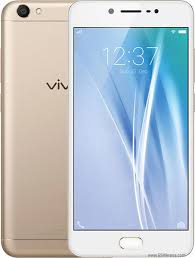 Display
The Vivo V5 sports a 5.5-inch HD display with a screen resolution of 1280x720 pixels. Although, the resolution of the screen is low as compared to the likes Lenovo Z2 Plus, Samsung Galaxy On Nxt and more giving you a full HD screen. But still, the display gives some good colour reproduction. Whether be it watching movies or streaming on YouTube, I faced no problem.

Camera
The major highlight of the smartphone is the front-facing camera which comes 20-megapixel sensor with 'Moonlight Glow' flash. The company has used Sony IMX 376 sensor with F/2.0 aperture and 5P lens. To start with, the front-facing camera did take some good and detailed shots but it was kind of buggy in nature and continuity seems to be missing. The main problem I encountered while using the device was that the sensor was taking too much light which kind of overexposed the background. But the Moonlight Glow flash is effective under the low-lighting condition as it does not give any unnatural effect, which is generally caused by a hard flash. And yes it does comes with a Beauty Mode 6.0, which is effective, but sometimes overdo the 'makeup' (like, seriously!).
The rear camera is equipped with a 13-megapixel sensor with PDAF and LED flash. The performance of the device is satisfactory. Although it took some good shots in the broad daylight, the detailing was missing. Under the low-lighting situation, noises and graininess are clearly visible.

Performance
On the hardware front, the Vivo V5 is powered by an octa-core MediaTek MT6750 processor coupled with 4GB of RAM and 32GB of internal storage. And it does manage all the tasks we throw at it quite comfortable. Whether be it multi-tasking or handling casual games, the device performance was quite satisfactory. But when it comes to some high-graphics games like Asphalt Xtreme or Warhammer 40,000: Freeblade, we noticed some frame drops and lags. But during the testing period, the phone heats up rarely.
Vivo has also banked heavily on the Hi-Fi music and yes the latest offering does a fair amount of justice to company's reputation when it comes to Hi-Res audio. All you have to do is enable Hi-Fi audio from the Setting menu and plug your headphones to get a good music listening experience. Currently, only a few apps like company's own music app, Google Play Music and YouTube supports Hi-Fi audio, and we are hopeful that there will more third-party apps to support this features. Other than this, call connectivity was good and the device support VoLTE meaning that you get a clear sound while taking a call.

Battery
On the battery front, the Vivo V5 is backed by a 3000mAh battery and it is worth mentioning that the battery backup of the device is certainly a good one. Under normal usage, it can give an average one and a half day of battery backup, which is quite impressive. Although, it takes some time to charge, but not for a long time.