Samsung recently introduced its new mid-budget offering with the Galaxy M30s in India. The smartphone is priced at Rs 13,999 for 4GB RAM and 64GB of internal storage, while the 6GB RAM with 128GB storage option is priced at Rs 16,999. 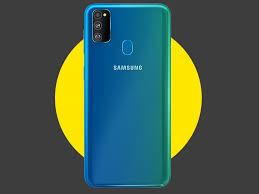 With this, Samsung is aggressively trying to take back its market share from its competitors. The refreshed version of Galaxy M30s has a lot to offer: whether be its 48MP rear camera or massive 6,000mAh battery. However, the competition is only getting tougher with Realme and Xiaomi launching phones with attractive design, powerful hardware and aggressive price point. So, can it outlast its competition? Let's find out.

What we like about Samsung Galaxy M30s!
To start with, Samsung is known for delivering some amazing displays and the Galaxy M30s tells the tale quite brightly. The phone is loaded with a 6.4-inch Full HD+ Super AMOLED Infinity-U display with a screen resolution of 2340 x 1080 pixels. The display offers own good colour reproduction and viewing angles are good as well. By default, the colours are muted, but you can switch to Vivid mode in the Display Setting to make it look punchier and colourful. The large screen makes the streaming experience a delightful one. We watched a couple of series on Galaxy M30s and we were satisfied with the display performance. The phone comes with Widevine L1 support, meaning that you can stream HD content on Netflix and Amazon Prime Videos.
Another area where the Galaxy M30s shines is the battery. The smartphone is equipped with a massive 6,000mAh battery and it comes with 15W fast charging support. The phone is currently the only one in this price segment that offers this much capacity. During our testing period, the phone easily lasted two days with an average screen time of 8 to 9 hours. When we stressed the battery performance by playing some games, streaming videos, using social media apps and for navigation, we still got almost one and a half-day of battery backup. The 15W fast charger was helpful for charging the phone within 1 hour and 30 minutes.

Samsung has upgraded the cameras of the Samsung Galaxy M30s. The phone now comes with a triple rear cameras with 48-megapixel primary lens with f/2.0 aperture, an 8-megapixel wide-angle lens with 123-degree FOV and a 5-megapixel depth sensor. For the front, it is equipped with a 16-megapixel selfie shooter. The daylight performance of the phone is good as colours came out to be close to the source and macro shots were good as well. The wide-angle captures a larger area.

What we don't like about Samsung Galaxy M30s!
Now let's start with what we don't like about the Samsung Galaxy M30s. Although the company has made a sturdy design, but the plastic back looks like an underdog when we compare it with the likes of Xiaomi Mi A3 and Realme XT. Both the phones offers you glass design, while Galaxy M30s still offers a plastic back panel.
Another area where the phone lacks is low light performance. Photos taken in low light conditions came out to be average in nature. The photos taken from wide-angle was dark and full of noises and grains. Furthermore, the edge detection in the Live Focus mode could have been slightly better.
Although Samsung Galaxy M30s offers a refined user interface, it is loaded with noticeable 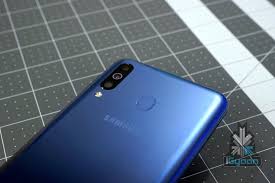 bloatware. We got a plethora of company's apps and third-party apps. You can delete third-party apps, but there is no option to delete company's apps. Furthermore, the My Galaxy spams us with lots of notifications, which spoils the whole mood. Also, the user interface kisses on keen features likes Bixby Routines and Samsung Pay.