Xiaomi Redmi 3S is the latest budget phone from the Chinese company's stable which has attracted lot of eyeballs With Redmi 3S, Xiaomi has introduced some new elements into the budget segment.
To recall, he lower model costs Rs 6,999 while the higher variant is priced at Rs 8,999. 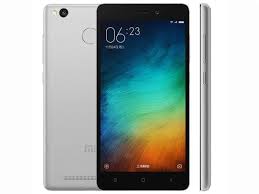 Design
A metal unibody in under Rs 10,000 is definitely a commendable thing. Xiaomi Redmi 3S doesn't look cheap either. The metal body has a smooth finishing and is not slippery. The rounded sides make it quite easy to hold. After using 5.5 inch devices for quite a long time, I felt the Redmi 3S as quite tiny. So just don't worry about dropping it, unless you are one of the cursed fellows who just drop everything.
In the Redmi 3S Prime, a fingerprint scanner is in the back panel while a speaker grill is at the bottom. A tiny circular camera alongside an LED flash is there on the top left side of the back panel. The rear camera is in the same plain as the back panel so unless you drag it in a surface, the lens won't get damaged.
The power and volume keys are side by side on the right hand side while a 3.5 jack, an IR blaster and a microphone (for noise cancellation) is at the top panel. A hybrid SIM tray is on its left hand side.

Display
The Xiaomi Redmi 3S and Prime have 5 inch display. If you are using 5.5 inch or bigger devices, you might feel it a bit small. Thankfully, both the versions have high definition (1280x720 pixels) display resolution which anyway becoming common to sub-Rs10K segment anyway.
Xiaomi Redmi 3S Prime 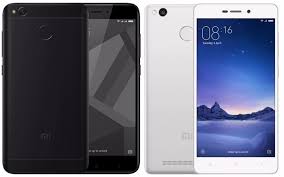 I liked the display brightness and touch response. It didn't get any scratches during the review but as a precautionary measure, I would suggest you to use a tempered glass.

Camera
The Redmi 3S Prime, as the Redmi 3S, has a 13 megapixel rear camera and an 5 megapixel front camera. The rear camera has phase detection auto focus (PDAF) and built in HDR features. Besides, the rear camera has 5-piece lens and f/2.0 aperture.
Xiaomi Redmi 3S Prime
Thanks to the hardware, the rear camera managed to capture beautiful images. Due to PDAF, the rear camera was able to capture shots quite quickly. Even in low light, it managed to capture decent images. It has manual mode as well which allows tweaking ISO level and white balance.
In normal mode, a circular icon appears using which you can change the brightness. In the camera app, three dots appear at the right hand side (in landscape mode) â€“ swiping to the top brings up the filters while swiping to the bottom brings up the camera menu where you could choose Panorama, Manual and other modes. Initially you may find it difficult but with usage you will feel comfortable. However, Xiaomi should simplify this option to make it easier for the users.

Performance
The Redmi 3S Prime has 3 GB RAM, 1.4 GHz Snapdragon 430 octa core processor and Adreno 505 GPU. It comes preinstalled with Android 6.0.1 Marshmallow operating system. I wouldn't say that this is the best combination for a mobile phone but for a phone priced at just Rs 8,999, it certainly is.
Irrespective of the processor, I did not face any performance issues. There weren't any lag nor the phone had any problems in playing high end games like FF legacy.
Xiaomi Redmi 3S Prime
But the best thing about the phone is its battery back up. Its huge 4100 mAh battery goes on and on for more than a day with active WiFi for most of the time and one SIM. Let's give you an example that will clear your doubts. In one occasion, I surfed 360p videos online over WiFi with maximum brightness and medium volume. During this I had one SIM. In 45 minutes, the phone consumed just 9 percent charge. 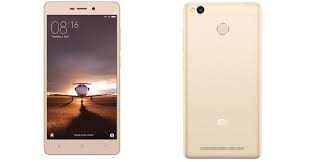 Connectivity
The phone can hold two SIM cards or one SIM along with a micro SD card. That's why, Redmi 3S Prime is much better as in this you get 32 GB of storage. So you can use two SIM cards but in Redmi 3S, there is only 16 GB of inbuilt storage.
Xiaomi Redmi 3S Prime
The Redmi 3S Prime has 4G with VoLTE support, WiFi, WiFi display, WiFi Hotspot, VPN and Bluetooth. It comes with a micro USB port for charging and file transfer and a 3.5 mm audio jack.